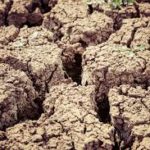 Speaking of the Motherland, on the subject of desertification I find the research of those wise and brave enough to disregard Egyptology to be important here.  They are the most fun researchers and writers IMHO (in my humble opinion) because they are boldly willing to pass right by the misinformation campaigns fed to the world.  The outliers are rewarded for their independent thought by finding the really good stuff, the truth.  Intrepid visionary John Anthony West, for example, documented strong evidence that the Egyptian people’s own accounts of their civilization being 34,000, not 5,000, years old is valid.  In research for my upcoming book, I found out why anyone would outright disregard ancient indigenous historic accounts.  Suffice it to say here that Egyptologists are afraid to dig too deep.

West took these historic Egyptian accounts seriously.  One of them mentioned aqueous erosion.  Indeed, West then did find physical evidence on the Sphinx of water erosion, from when the African desert used to be a rain forest.

Desertification In Nature’s Own Words

Ocean pollution and species extinction might be equally as bad as rain forest destruction (of course they are connected), but I’ve had the most startling experiences with trees.  So that’s what I’ll focus on in this post.  If you have been a reader of my blog for a while, you probably have an inkling that you’re dealing with a mystic.  I will be moving this blog in a revelatory direction, disclosing some of my influences beyond formal training.  Because of profound experiences with trees, and the continued destruction of rain forests, desertification is one of the main reasons I am making this shift.

In another forthcoming book of essays about the path I took to becoming a writer, designer, and artist, I share a true story that occurred on the summit of Mary’s Peak during the 90s.  Tcha Ti Man Wi, as the native people of the Willamette Valley in Oregon called it, is the highest point in the Coast Range mountains.  Trees growing on that mountain played a jaw-dropping role in what was one of the most terrifying experiences of my life. 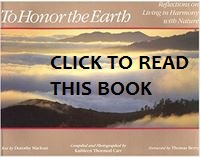 In the moment that the forest came into play for me that day, I recognized the relevance of a message received from a tree spirit by the founders of Findhorn in Scotland.  The Deva told the humans, “Great forests must flourish.”

The message from trees to humans goes reveals little-known physics of forests, particularly how they affect the orbit of our planet by filtering raw cosmic energy so the Earth* can handle it.  There I was on that mountain thinking trees just drew rain, made oxygen, and prevented soil erosion.  The full story will be available in the book when I’ve finished writing the other chapters, and I hope you will read it.  But this article isn’t really about the mystical aspects of trees.  It is about Permaculture’s ability to help trees grow in the most disturbed landscapes in the world, reversing desertification.

My main inspiration for this article is an astounding project conducted in 2001 by a Permaculturist with 35 years on me, Geoff Lawton.  His video about the project can be viewed HERE.

Lawton transformed an area of desert within 4 months from sand to fruit-bearing trees and desalted soil.  He did it by applying simple Permaculture principles and techniques:

The results were fruit, desalination of the soil, and mushrooms.  His conclusion was, “So, we could re-green the Middle East.”

This unprecedented (at least in the current era) project demonstrates one of the most profoundly important keys to a large number of problems we are facing on Earth.  When we consider the ecosystem functions of just one tree, it is easier to understand how desertification occurs and take swift action to reverse it.  (I also advise writing Congress if you live in the U.S.)

The Role of Trees In Reversing Desertification

Here is a partial list of the things trees do for our planetary ecosystem:

There are other, esoteric, functions that trees perform, according to the Nature spirits at Findhorn.  My theory is that the ancient Egyptians’ cooperation with higher harmonic intelligences they called NeTeRs (which is the root of the word Nature) was a different system for communicating with the same forces.  I engaged these forces, documented by Dr. Ibrahim Karim, the Egyptian architect and engineer who founded BioGeometry, with my artwork.  The ankh is one tool for engagement of such elemental beings.

Largely due to their fucused cooperation with ancient Nature Devas, the Egyptians succeeded at  living in harmony with their landscape for millennia, likely far longer than the status quo has decided.  In the intensive training I took during the summer of 2014, Dr. Karim spelled it out, the NeTeRs are inclined toward collaboration.  In the same way, the Devas responsible for the Findhorn Foundation spoke directly about wanting to co-create with human beings.

If we pull these diverse examples together, we can reverse desertification.  All we have to do is to apply Permaculture to the landscapes we inhabit.  This supports the Elementals responsible for orchestration of Earth’s natural resources.  Methods that have been used for eons to connect directly with intelligent forces in Nature are available to those who seek, and with these we can deepen our tool kit for reversing the destroyers’ mad march toward global systemic collapse. 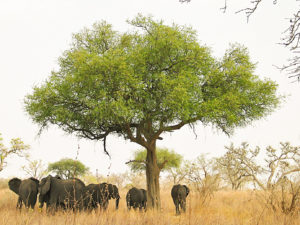 NEW!  The Mystical Garden Workshop sets you up to work with the unseen side of Nature in your own back yard.  Click HERE to learn more.

*Note:  I will always capitalize the word Earth, regardless of English rules, because it is our home planet and deserves at least as much respect as United States President, Mr. Donald Trump.