May 2, 2020 No Comments By Jadene Mayla Zombie Permaculture 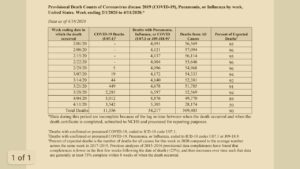 So here is the big news: The CDC finally announced the actual COVID19 numbers and they’re no worse than the seasonal flu!