And that brings us easily to our subject.  In this sort of post-modern capitalist America, screens and boxes seem to have garnered a foothold on our education.  In my last year of high school, my home room was “gifted” with a mounted television and required to “participate” in its program in order to balance out the deal the school made with Channel One.  What had been a quiet morning adjustment period and sacred chance to immerse our young minds in stories and our noses in the wonderful scent of paperbacks had, without our input or consent, become suddenly a forced commercial-watching indoctrination.  I didn’t think it made any real sense as far as learning was concerned, but it was clear to me that it was a sign of the times, and not a particularly fortuitous one.

Text books are taught as a sort of law in a way, as if all the information, the important stuff anyway, were contained within their nearly indestructible binding and resolute bullet points.  They are standardized for mass absorption and used nationwide, although I hear they are mostly produced in Texas.  The diagrams depicting the Earth’s* water cycle in my grade school text books were clear about it’s closed nature, meaning the assumption that the Earth did not exchange water with space.  The fact that this is actually not how it works at all, and that Earth does receive a constant Cosmic Rain from outer space has still not been included in text books.  Why this is seems to point subtly to the importance of this scientific discovery, for it revolutionizes our understanding of ecology; such information opens the mind to a Universe filled with water, and thus biology. We get, in short, a deeply abbreviated view of our cosmological reality from the public school system.  But my point isn’t about education.  It’s that ecological smarts are the most important ones we have the opportunity to develop in ourselves, right up there with interpersonal communication.  Ecology is the study of ecosystems, and the Earth being the largest living system of which we have direct knowledge as a species, it is vital that we undertake a clear and whole understanding of our role within the web of life on this planet.

What might that role be?  We know some things from the experience of those pioneering new understanding in the fields of biology, human development and energy systems, physics, and chemistry to name a few.  For instance, we know that wolves play key roles in keeping deer and elk from overeating deciduous trees, and that allowing wolves to return restores these tree species to their natural growth cycle.  In the film Thrive an evolutionary biologist equates the 1% who own mainstream media houses and big banks in the U.S. and abroad to a caterpillar.  It eats down its environment at such a rapid pace that it passes out and cocoons inside a chrysalis.  While inside, the caterpillar’s body breaks down and new, special cells are generated that digest the old body and form that of the emergent butterfly.  For a period of time, both caterpillar and butterfly exist together.  The biologist had a good point when she said, “you don’t go stepping on caterpillars,” because they are the building blocks of the wondrous butterfly.  The 99% have the task of demonstrating the peaceful, positive alternative to war, mono-crops, and control of ecosystems and communities.  We are being called to create this vision because of the folly of the fear-based 1%.

An example of human beings who took it upon themselves to work cooperatively with Nature and as a result found themselves in a position to demonstrate to the world how our species can fit within an abundant organic planetary system and thrive is the founding team of the Findhorn center in Scotland.  With specialized training, Peter Caddy, Eileen Caddy, and Dorothy Maclean communicated with the sentient spirits of natural elements, specifically plant devas and landscape spirits.  The messages they received from this realm were specific and eloquent, indicating that the plant kingdom is waiting patiently for humanity to awaken to the sentience of other species and begin a more conscious journey of co-creative evolution together.  You may find that such makes sense on an inner level.  Perhaps this idea is foreign to you.  Either way, the Findhorn community was recognized internationally for transforming an unproductive, frigid, windy, and grey landscape into a lush bounty of record-setting food and flowers, which is more than I can say for Monsanto or Fox News, both accepted in mainstream society as operating on real assumptions.

Author Michael Pollan provided us with another example of possible human niches within Earth’s ecology-based system when he wrote about the various ingenious ways that plant species have utilized humanity over the centuries for their own benefit.  We unwittingly have been key players in the evolution and survival of species such as the potato, the tulip, the apple, and cannabis.  By selecting for traits we found desirable, we transformed the apple from a spindly, tasteless base for cider to a robust, juicy fruit covering acres of land.  Peruvians working with the terrain and climate of their landscape farmed numerous varieties of potato to ensure their own food supply in times of change.  Compared with factory agriculture in the United States, which relies on manufactured “consumer demand” for uniform french fries to pay for its operations, Peruvian potato farming builds soil and water wealth without needing chemicals for its abundant production.  Perhaps even more interesting, the human brain has specialized receptors that were recently discovered which exactly match the well known psychotropic/hallucinogenic compound produced by the cannabis plant.  In fact, the human brain manufactures its own THC.  Because of human desire for the plant that provides an easy source of THC, the cannabis has evolved from a ditch weed with low levels of the compound to glistening, bud-laden towers with more equipment options for pampering by humans than any other plant.  We have been its means of achieving its own evolutionary development.  I wondered, after watching PBS’s documentary on Pollan’s book The Botany of Desire, whether cannabis developed THC in order to attract humans. 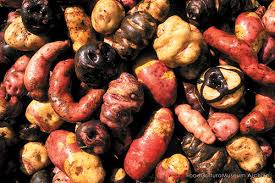 Ecology is simple yet complex.  Water enters our atmosphere as house-sized chunks of ice from space, melts, and becomes rain, entering our oceans, streams, rivers, lakes, and ponds.  Frogs call rain with specialized vocal chords that produce a rhythmic pattern which affects the “electrobiosphere.”  Pioneer plant species move in via wind and animals to begin the long trajectory toward climax ecosystem following human or natural imbalance.  Successions of species, animal and plant, perform specialized functions within the growth back up towards mature forest.  Grasses anchor topography with dense mats of fibrous roots.  Water is filtered naturally by healthy porous soils anchored by plant materials and replenishes water tables with fresh drinking water.  Ocean currents stir nutrients for use by myriad species that play their own roles.  Whales sing across the seas in a language we do not understand, talking probably about the things most important to us:  mating, relating, exploring, creating, living.  Algae photosynthesizes and billows out as much if not more oxygen than world forests.  Tall trees anchor the ground and catch raw cosmic rays with soft filamentous branch networks to temper it into the biosphere for use within the system and to hold the planet in orbit.  Birds are awoken around 4:30 each morning by an energy current and begin to sing, a song that can be heard from space.  Plants of dizzying varieties have devised amazing ways to propagate their seed.  Earthworms simultaneously aerate and fertilize soil.  And so forth.

Everything is so connected that cooperation for mutual benefit is not difficult.  It amounts to learning the connections closest to the point at which your project would participate in or affect the system as a whole and then designing your project in harmony with that which is already naturally functioning successfully.  For instance, a property sheds rainwater, both over land and off hard structures like rooftops and concrete pads.  Two measures of water harvest and infiltration make use of free resource flows across a site while adding to the overarching abundance of the local and thus global ecosystem.  To stop water shedding rapidly across ground surfaces, break up a paved driveway into a permeable surface that allows storm water to infiltrate into the ground, both getting filtered and preventing stormwater overflows in the process.  To catch and store or utilize storm water hitting your home’s roof, divert downspouts to rain gardens, bioswales, grey water systems, or rain barrels.  Another example of cooperation with ecology for a win-win is to plant a multifunctional hedge around the perimeter of your property.  Choose species on the outer perimeter that are attractive to deer and other wildlife that you do not want coming onto your land and species you can consume or otherwise use on the interior perimeter.   Alternatively, plant a deer-resistant or unpalatable hedge as a living fence. 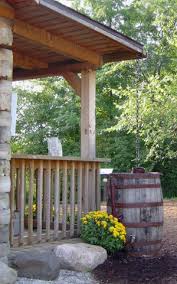 Some broad-stroke solutions suggested by this approach: 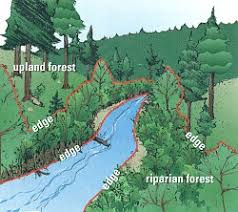 It may be obvious that this list is both only a partial one and dependent upon the perhaps more immediate issue of corporate control over ecosystems and communities.  For now, I hope to have broached the subject of ecology and started a conversation about why it is of utmost importance and how humanity can benefit from making it a priority.

*Technically, the word “earth” is capitalized only when referring to our planet, Earth, and not when preceded by the word “the;” however, seeing as the planet Earth is far more important than the President, whose title is capitalized and who has been George W. Bush, I take the liberty here of capitalizing it whenever I use the word for emphasis on the point this article intends to broadcast. 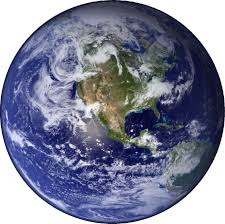